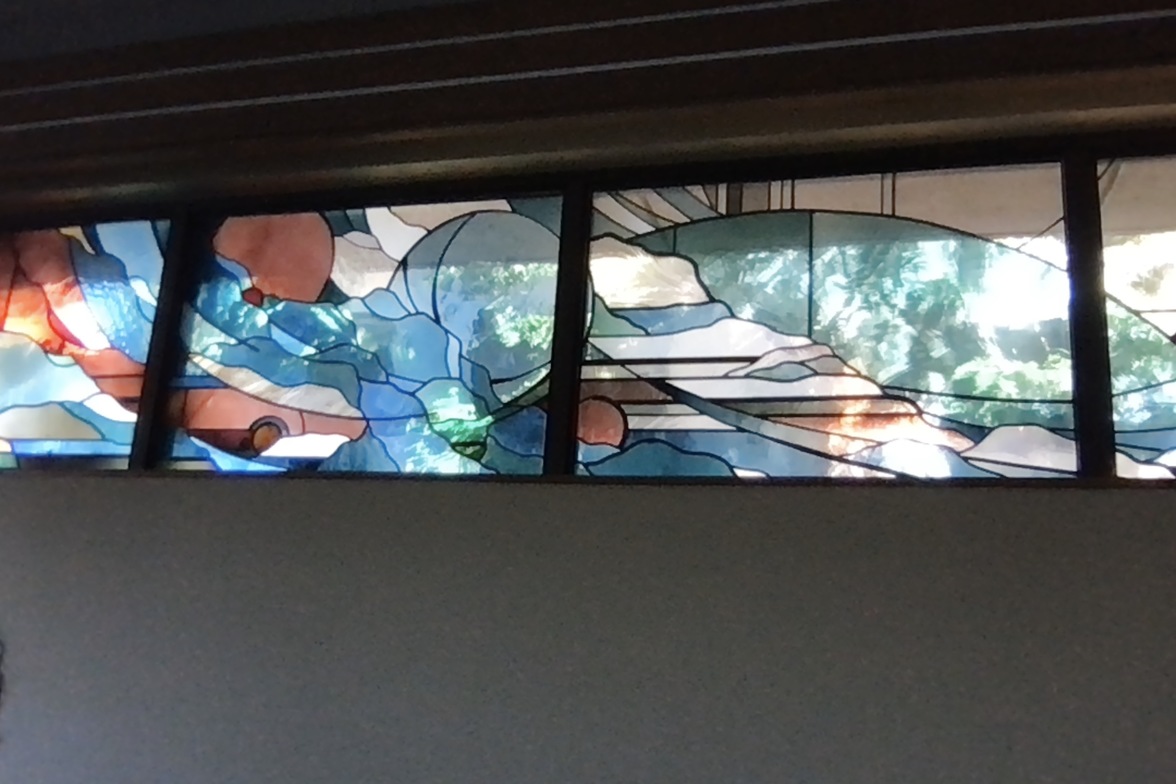 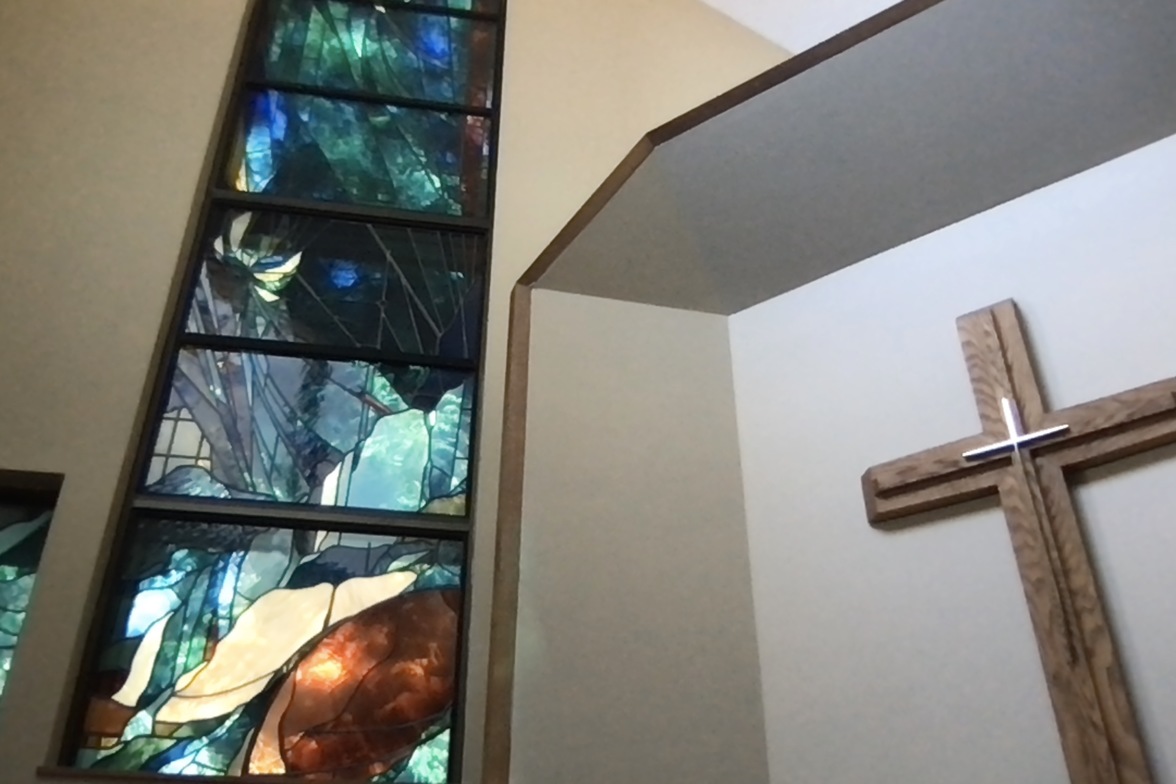 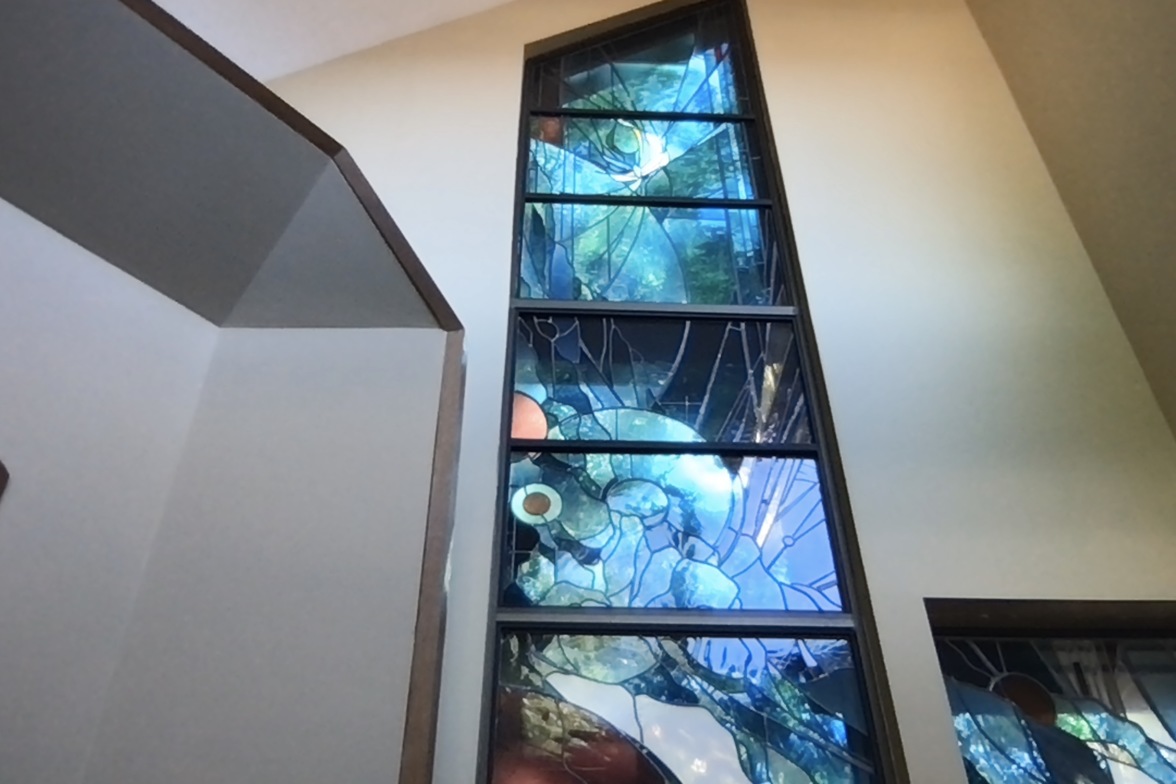 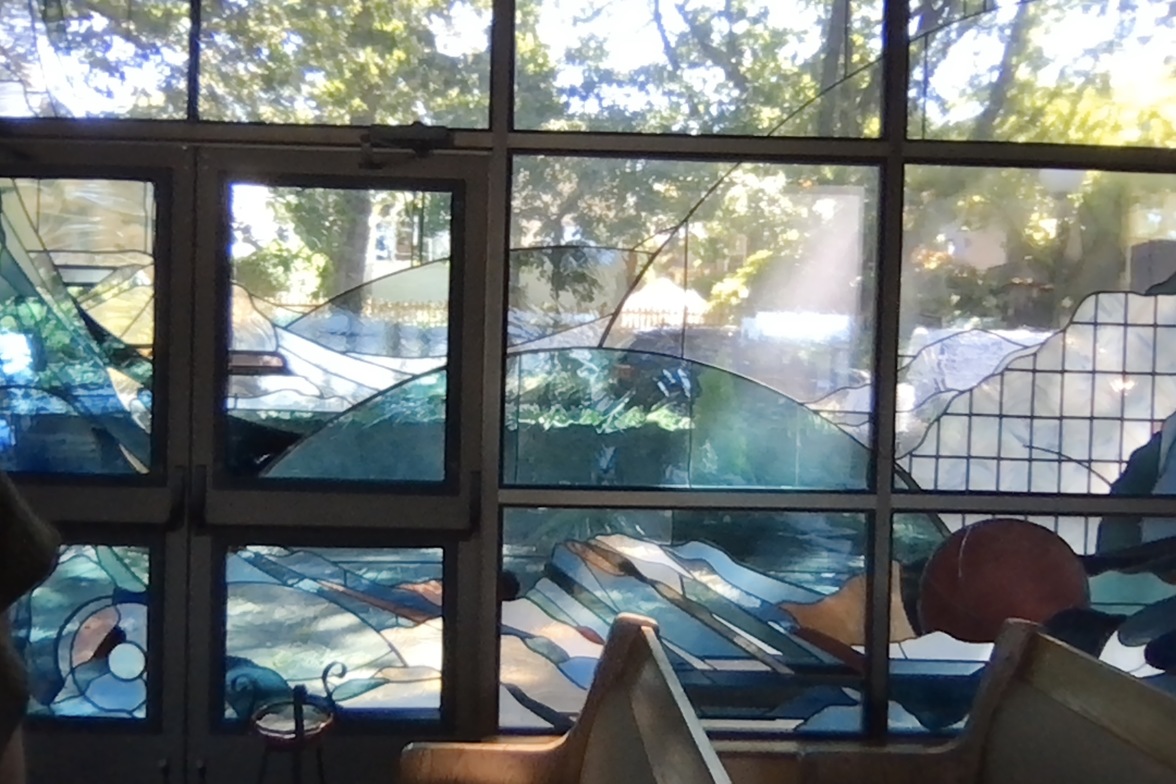 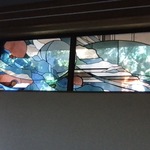 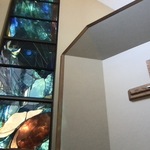 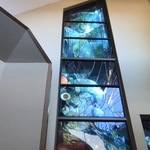 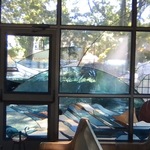 Creation/Resurrection, Earth/Heaven, Humankind/God. Nowhere can a person be more at One with God than when experiencing Nature as God's Creation. The Magesty of Creation so evident in the Vancouver area, served as primary inspiration for the commission. Visible suggestions of water, airy spaces and plains erupting upwards into soaring mountains are evident - personal responses to the basic elements of Creation made so evident in British Columbia.

The design fills a practical need. Partially clear areas preserve desirable views while colour and textures evolve to create a Spiritual space. Partially hidden vertical lines produce drama and excitement as one approaches the chancel from within. The same windows act as a strong sign of the presence of the congregation in the neighbourhood.

Emotionally, the composition grows and evolves as it spills throgh the spaces, enveloping the viewers, cradling them within the sanctuary. The pirmarily cool and/or neutral palette of colours helps to produce a calming atmosphere, one conducive to healing, worship and personal growth.

The effect is an intimate and protective sanctuary. At the same time, however the clear areas allow a glimpse of the outside world, suggesting that one must not hide away from the world but rather experience God revealed into that world.

The organic shapes are suggestive of the human element and evolve within the environment, interacting with more rigid, architectural elements.

Arcs, suggestive of the rainbow as a visual sign of God's promise to us all, spans the various openings, helping to unifiy them as one, much the same as that promise helps to unify us as a people. The entry is the beginning and the end and one passes through a prounounced arc, or rainbow, when entering or departing.

I started with a basic response from which the design was developed. New insights and meaning developed as the work progressed and continues to develop each time I consider the composition. I hesitate to dictate particular meanings and hope that my thoughts will serve only as a starting point: a visual point of departure as each finds their own meaning.

Subscribe to receive email updates with the latest news.